I’m in a mad rush to finish my book. So, I’m hiding out in my house, not answering email, barely checking social media, and forgetting to tweet about all the great stuff going on at Write Now! Coach. I’ll fix that as soon as I’m done writing!

But for now, I have an amazing interview for you with my friend and colleague J. Mercer, who has a brand new book out today! J. Mercer is the author of several riveting novels, and I know you’ll love Perfection and Other Illusive Things.

And if you need more recommendations, check out the blog every Friday for a book post! 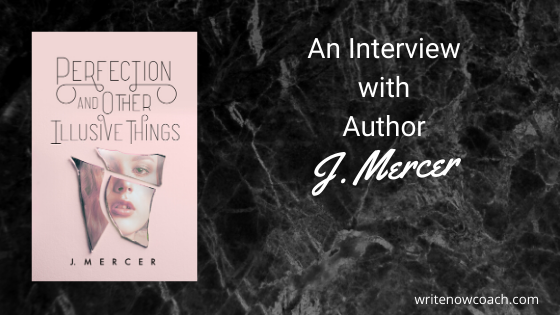 Writers@Work: An Interview with J. Mercer on Writing with Fresh Eyes

Welcome to the blog! Can you tell us about your new book, Perfection and Other Illusive Things? 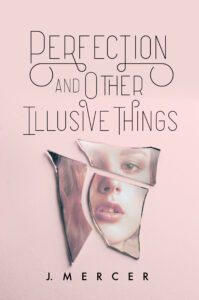 Hi Rochelle, happy to be here! My new book is a young adult contemporary about a girl who wakes up one morning looking exactly how she always wished she looked—nothing drastic, just all the little things she didn’t like about herself, fixed. Then what does she do with that? How would that change you? That was my jumping off point. For Eden, and her new confidence, she thinks it will fix everything she’s bored with in her life. After some false starts and stops, things start to unravel, and she’s left with broken friendships, old and new, and has to figure out if she really did wake up perfect that day or not, and what it even matters if she did.

What if you woke up one morning looking as perfect as you’d always hoped you’d be? What if you then went after all the things you were too afraid to chase after before? And what if that made everything go wrong, instead of right?

Drawn to Hawk and intrigued by his colorful best friend Ivy, Eden thinks maybe she could choose something more than the safe, vanilla life she’s always had. Juggling the old and new is more difficult than she imagines though, and one night changes everything. Now she’s grounded, kicked off the volleyball team, and fighting with her best friends. Fine, she thinks, if her old life doesn’t want her, she’ll burrow herself in the new. Except Ivy outs a secret Eden thought was for her and Hawk alone. Retribution comes fast, and Ivy accuses Eden of being the tattletale. If Eden can’t embrace her true self and clear her name, she’ll burn everyone she cares about and lose herself in the process.

What’s the one craft lesson you’ve taken in this past year that has helped you the most?

The first thing that comes to mind isn’t exactly a craft lesson, but what I’ve taken in most this past year is that waiting to reread my drafts for a few months is a must. I don’t have a lot of critique partners, and I really like fresh eyes at every stage, so without this patience of waiting and rereading myself a few times, I think I waste the fresh eyes that I do have a little early. If enough time passes, I can read my own work and find places where I no longer know what I was even trying to say.

But if you really want some craft thoughts here, I think I’ve held on tighter to cause and effect more subconsciously. I say subconsciously because I don’t really think about it in plotting as much, but in revising. If something happens without a cause, – or something happens and doesn’t have an effect, then that’s a red flag for me. It doesn’t really need to be there then, does it? Or you need to find the link. Either will make your book stronger.

This is your fourth indie published book. What have you learned about indie publishing that you’d wished you had known at the beginning?

I think maybe what I’ve learned is that money doesn’t help much in the marketing. It seems to be more about book reviews and interacting with social media, and less about publicity and fancy review quotes. Putting yourself out there (in-person events, videos and branding yourself online, giving away copies for reviews) all seem to do more than pouring money into it. That being said, I’m still learning!

What has been your best marketing tool for your books?

I would say coordinating a good launch has been the best marketing tool for me. Young Adult Book Central (YABC) was really valuable to me with my last book, particularly the cover reveal and giveaway on Instagram, though this time I’m testing out doing all the publicity after the release date instead of before. Because it’s self-pub, I thought that might be helpful to have the book ready for order when you hear about it, as I don’t have the bookstores and momentum behind me that the publishing houses do when they’re putting something out. You can pre-order the book, of course, but not the paperback, and some people (myself included) just still really prefer the paperback. I’m thinking this way there isn’t time for them to forget about it, if they can order it right away.

How are you managing to write in the midst of the pandemic and the social unrest?

By doing it first thing when I wake up in the morning. That way, my mind is fresh and unattacked by the real world – maybe that’s too harsh a word, or maybe it’s not considering what we’re living in right now. It’s all very heartbreaking, and if I read the news or look at social media, sometimes I lose my will to write that day. But if I get up and open my manuscript with my first drink of coffee, I can get some work done before moving on to the rest of life. There might be a different time that’s better for someone else’s brain and inspiration, but first thing in the morning is definitely mine. 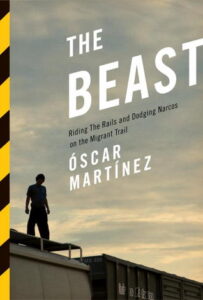 Next up is The Beast: Riding the Rails and Dodging Narcos on the Migrant Trail by Oscar Martinez. I borrowed American Dirt from a friend and had a hard time getting into it, but also because of the controversy surrounding American Dirt, I picked up The Beast. I also recently ordered some novels by black authors during #BlackOutBestSellerList (Allegedly by Tiffany D. Jackson for one) and have some fantasy sequels by V.E. Schwab and Mary Pearson that I’m excited to get to.

Thanks so much for having me! 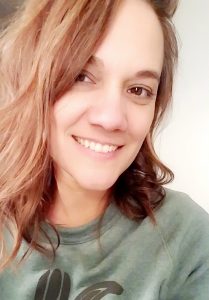 About the author. J Mercer grew up in Wisconsin where she walked home from school with her head in a book, filled notebooks with stories in junior high, then went to college for accounting and psychology. She is a member of the Society of Children’s Book Writers and Illustrators, wishes she were an expert linguist, and is pretty much a professional with regards to competitive dance hair (bunhawk, anyone?). Mercer most enjoys exploring with her husband—though as much as she loves to travel, she’s also an accomplished hermit. Perfect days include cancelled plans, rain, and endless hours to do with what she pleases. For updates and news, you can find her on Facebook, but she’s more often on Instagram, talking about what she’s reading and other bookish things. https://jmercerbooks.com/