If you’re a NaNoWriMo participant or wannabe, you know that we’re counting down the days to the 2013 challenge with lots of blog posts to help you prepare. Next Tuesday, I’ll be offering a chance to win a copy of my book, Write-A-Thon: Write Your Book in 26 Days (And Live to Tell About It). Keep checking back for opportunities to learn stuff, get ready and win books! Today, I’m delighted to welcome K.M. Weiland back to the blog to talk about character! Welcome! 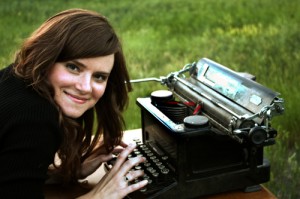 How to Create Conflict (and Plot) Out of Character by K.M. Weiland

“No conflict, no story.” We’ve all heard that one enough times that we can now sagely nod our heads whenever it’s repeated. But, today, let’s stop and think about it. If conflict is the heart of story, then what is the heart of conflict?

Character is the heart of conflict. Or, we might say, “no character, no conflict.” And no conflict, no plot, no story, no novel, no reader, no paycheck, no writer.

You get the idea.

So if you’re thinking I’m telling you that if you can create the right kind of character, your worries about conflict and plot will now be over, you’re thinking right. Let’s address some pertinent questions.

Why is Character the Essence of Conflict? The whole nature of conflict indicates two or more forces coming into aggressive friction with one another. Without those opposing forces (viz. human beings), the world of our story hums along in tranquil boring peace. Where there is no human to oppose another human or to be opposed by a force of nature or even himself, there is no conflict.

Why is Conflict the Essence of Plot? Your plot is made up of one event occurring after another event. I like to think of these events as dominos, in the sense that each scene has to directly influence the next. If we set the story up right, our scenes will topple into each other like a line of well-placed dominoes. Conflict is the momentum that makes them fall. Conflict begins with the action of one character, to which another character then reacts, to which the other character then reacts and so on and so on. Without conflict to connect the scenes, we end up with a lot of random boring happenstances.

How Do We Create Conflict Out of Our Characters? And now we come to our peach of a question. This is the note on which our whole story resonates. How do we use our characters to create a conflict so integral and powerful that it comes complete with its own built-in plot? In order to find the conflict inherent to your individual characters, you have to be able to answer two and half questions:

Question #1a: What is your character’s deepest desire?

Question #1b: What is your character’s overall goal?

Question #2: How are you going to thwart both that desire and that goal?

Conflict at its simplest is nothing more than us getting in our characters’ way. They have something they want, and we—acting through the avatar of our story world and characters—refuse to give it to them. We scheme up roadblock after roadblock. In other words, we create an action that puts up a roadblock in front of our character. The character then has to react to that roadblock, which causes other characters to react right back, when in turn causes more actions and reactions from our protagonist. It’s a vicious exciting cycle that allows us to explore character, create conflict, and discover our plot—all in one shot.

Your turn: How do you create conflict out of character? Do you have any tricks or tools to share? 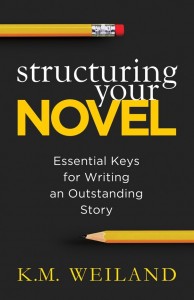 About the author. K.M. Weiland is the author of the epic fantasy Dreamlander, the historical western A Man Called Outlaw and the medieval epic Behold the Dawn. She enjoys mentoring other authors through her website Helping Writers Become Authors, her books Outlining Your Novel and Structuring Your Novel, and her instructional CD Conquering Writer’s Block and Summoning Inspiration. She makes her home in western Nebraska.