The Write-A-Thon Group coaching is off to a great start. If you’re a nonfiction writer in the middle of a project and need accountability, there’s still time to join us. Send me an email to learn more (rochelle@writenowcoach.com).

Last week was a whirlwind of author events! I saw Kate DiCamillo, Isabelle Allende, and a whole crew of fantastic crime fiction writers at Murder and Mayhem. Today’s blog post features the lessons I learned from Isabelle Allende. 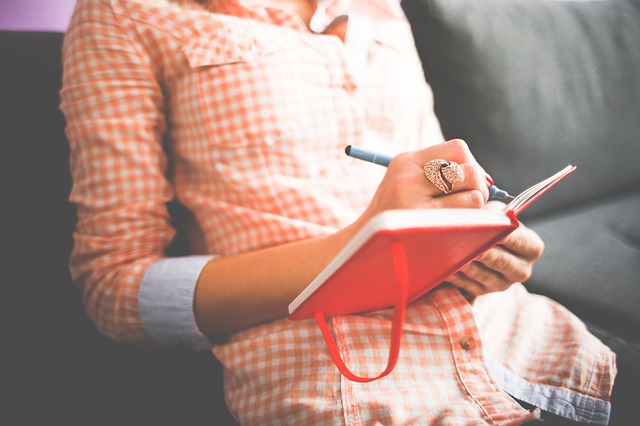 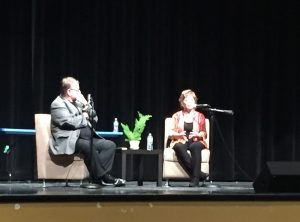 Last Thursday, I attended an event featuring Isabel Allende in conversation with Luis Alberto Urrea. I’ve been a fan of her work for years, and hearing her speak was an honor. Her words inspired and encouraged me, and I hope they do the same for you. Here are just some of the lessons I learned from the conversation:

When Allende was a 30-year-old journalist, she wrote both serious news pieces and humorous columns. The poet Pablo Neruda adored her humorous pieces and invited her to lunch. Allende prepared for the interview with zest, reading two biographies, rereading Neruda’s work, creating a list of questions, and even getting her car checked. When lunch was over, and Allende asked about the interview, Neruda said:

“Interview me? I’d never put myself through that,” he laughed. “My dear child, you must be the worst journalist in the country. You are incapable of being objective, you place yourself at the center of everything you do, I suspect you’re not beyond fibbing, and when you don’t have news, you invent it. Why don’t you write novels instead? In literature, those defects are virtues.” (As told in Paula)

In her memoir, Paula, Allende writes about that event as a sort of calling, one she would take ten years to follow. Allende’s story reminds us: follow your genius. Allende was a storyteller working as a journalist—and wrote stories that evoked emotion from the reader. What is your genius? (Pro Tip: Genius often masquerades as a defect or eccentricity.) 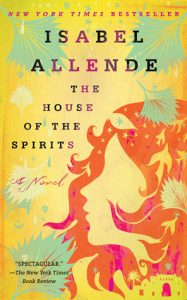 Allende started writing her first novel, The House of the Spirits, on January 8, 1981. Since that book became a runaway bestseller, she has started all of her books on the same day. She says, “At the beginning it was superstition, because the first book had been so lucky. Now it’s just discipline. My life is busy, so I need to save some months of the year to be in a retreat. I need time and silence, or I will never be able to write. Having a start date is good for me and everybody around me. They know that on January 8, I’m not available anymore.”

Allende is extremely disciplined about her writing. As she said, “Show up, show up, show up, and after a while the muse shows up, too. If she doesn’t show up invited, eventually she just shows up.”

As a practiced storyteller, Allende doesn’t believe in writer’s block. Instead, she urges writers to follow the drama. She said, “If the scene isn’t working, cut it and move on. If you get stuck, go to another character or scene and write that.”

Have hope and write to understand 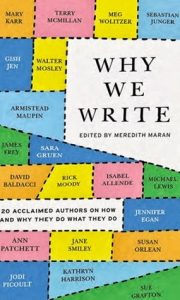 When asked about the dire political situations in Venezuela and elsewhere, she said that we walk not in circles but spirals, always evolving, always getting better. And Allende believes that writing helps us make sense of the chaos within and around us. She wrote,

“Writing is always giving some sort of order to the chaos of life. It organizes life and memory. To this day, the responses of the readers help me to feel my daughter alive.” (Why We Write by Meredith Maran)

Plenty of writers have compared writing and sex. Allende once said, “Writing is like making love. Don’t worry about the orgasm, just concentrate on the process.” Last week, she told the audience that the following advice was useful for both sex and writing: “Throw away the manual. Improvise.”

What inspires and encourages you to keep writing? Leave a comment below.