When I read this post last Friday, I went right out to the library and got one of the books. Now don’t be thinking I was hoping for a good cry. I was just hoping for a great book. (Though, I ended up with both.) Sarah Lange has a way of describing books that brings them to life. When I read her reviews, all I could think was, “I need that book…NOW!” There is your fair warning reader. Go ahead and read these reviews, but don’t complain to me when you find yourself at a bookstore buying one of them. Now whether or not you need to buy tissues as well—I’ll leave that decision up to you! 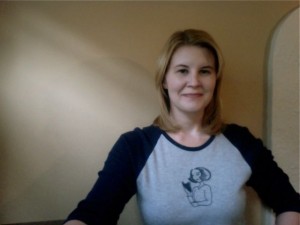 My mom always said that a good movie was one that made her cry. While that’s certainly not one of my requirements for films or books, a story that moves me to tears is one that will stay with me—and one I’ll want to share with friends. With that in mind, if you’re not too embarrassed to shed tears over a good read, these books are for you:

The God of Animals by Aryn Kyle is a coming-of-age tale about Alice, a girl whose family owns a horse ranch. Her father chases the dream of creating the perfect show horse on his meager budget, while her mother never leaves the bedroom. Alice resigns herself to caring for the horses, including the boarders, owned by well-off women who flirt with her father. Meanwhile, haunted by the death of a classmate, she struggles to make friends at school and develops a questionable attachment to one of her teachers. Kyle won a National Magazine Award for the first chapter, which originally appeared in The Atlantic, and the rest of her novel is as beautifully written as the beginning.

I refer to A Homemade Life by Molly Wizenberg as the cookbook that made me cry. That’s a bit misleading, though, because her book is part cookbook, part memoir. In my defense, “the cookbook/memoir that made me cry” is not as catchy. Each chapter tells a different story that’s paired with a related recipe. Read the book straight through to enjoy the narrative arc that follows the author through her struggle to figure out what she really wants to do with her life (hint: it involves food). Wizenberg is a gifted writer, and the way she renders her relationship with her father is especially touching. Plus, the author’s stay in Paris will have you wishing you were there for the sake of your taste buds alone.

Speaking of travel, after finishing Markus Zusak’s The Book Thief on a long flight home from London, I swore off reading anything on a plane that was likely to spur tears. My slightly stuffy nose was worth it, though. This novel—one of the best I’ve read in the last several years—follows a young German girl separated from her parents and suffering the loss of her brother amid the backdrop of the Holocaust. While the story takes dark turns, don’t fear: Zusak also employs a welcome sense of humor. For example, the girl’s foster parents use curse words—their favorite being what amounts to “filthy pig”—as terms of endearment.

I laughed as much as I cried while reading Tiny Beautiful Things by Cheryl Strayed, also author of this year’s deservedly popular memoir Wild. I did not expect to love her collection of “Dear Sugar” advice columns that appeared in the online magazine The Rumpus, but love it I did. That’s due in no small part to the way Strayed responds to her readers—from her own (intensely personal) experiences and mistakes and from her heart. Powerful and wise.

Finally, I fell for Audrey Niffenegger’s sci-fi romance The Time Traveler’s Wife, in which a man (Henry) suffers from a genetic disorder that causes him on many occasions to abruptly vanish and reappear in another time and place. And yet he lives an otherwise ordinary life, falling in love, marrying and becoming a dad. I read criticism suggesting that a story in which a grown man visits his wife as a young girl is creepy. That reader was missing the point. Henry cannot control his travels, and he frequently finds himself revisiting certain scenes or people—ones he often thinks of. That he thinks so much of his wife is pretty darn romantic, even if he repeatedly leaves her worrying and waiting for his safe return.

Your turn: What books have made you cry?

About the Author: Sarah C. Lange has worked in magazine publishing for 11 years, the last six as associate editor for The Writer, where she interviewed authors including Tayari Jones and Julie Orringer. She is currently working on a novel.