Welcome, readers! I met Bruce Elkin online (of course!) through a listserv we both belong to. I visited his website and read one of his ebooks, THRIVE! His insightful work on resilience and thriving in the midst of messiness got me thinking: I’d love to hear what Bruce has to say about writing and fear. Turns out, Bruce has helpful guidance for those of us (uhm, all of us) who experience fear when we write or submit our work. Enjoy! 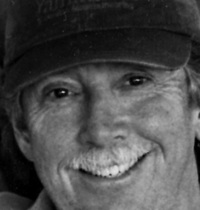 “Fear is good,” writes Steven Pressfield in The War of Art. “Like self-doubt, fear is an indicator. Fear tells us what we have to do.”

Really? I’m afraid to write this guest post. I’ve been putting if off for months. Is my fear telling me what I have to do? I’m not sure. All I know is I want to write it but I’m afraid to start.

So what do I fear?

Failing, for sure. Not being able to put it together in time for the deadline I agreed to, and disappointing Rochelle. But it goes deeper.

I’m afraid failing at this will mean I’m a failure as a writer. Sure, I’ve written a book, four ebooks and hundreds of newsletter articles and blog posts. But those don’t seem to count. Right now, everything rides on completing it, on time and in a way that pleases Rochelle.

Why is that? Do other writer’s put their self worth on the line every time they sit down to write? Do you?

There must be writers who can sit down and bang off a guest post in twenty minutes, spellcheck, revise once and send it off, confident it works. Do those kinds of writer’s exist?

In the music business, “two take” players go from session to session, laying down backing tracks for other performers. They’re in high demand because they are so skilled they can walk into a studio, read the charts, do two tracks and leave. Producers know one of the tracks will be usable.

Are there “two draft” writers?

All said they felt fear when they wrote – at least at the beginning of the process. And fear hindered their writing.

What kind of fear?

Many feared failing, of not living up to the standards of whomever they were writing for. Or, worse, their own standards.

Some were afraid of “being criticized, “looking stupid,” “being laughed at,” and “being rejected, left out.” When I asked, “Left out of what?” a writer said, “The Club, the in-group, the popular kids. I want to be liked but it gets in my way.”

“I’m afraid of getting something wrong,” said one. “I fear I won’t be able to do justice to the topic.” I know this one. I try to assuage it by doing more research but that doesn’t usually help. It just puts the fear off until later.

Many writers shared a fear of inadequacy — imagining a lack of skill, a feeling of insufficiency, even of not being a “good enough person.”

One told me, “Once I start down the rabbit hole of memory and feeling, I fear that I haven’t gone deep enough, that I didn’t tell it “real” enough. The fear and ache of inadequacy often stops me in mid sentence.”

A few writers felt afraid of sharing themselves in their writing. “I’m great at writing about other people or topics that don’t affect me,” said an author. “But when I have to write about myself, I freeze. Nothing comes.”

I wasn’t surprised some writers were even afraid of success. One said she feared success because it would raise her above her writing group and feared her friends might not like her anymore. Another told me she worried that a memoir she’d written would be published and family members would be angry with her.

I fear success. I worry that book tours and speaking gigs would conflict with my low-footprint environmental values. I also fear being seduced by success, taking myself too seriously and straying from what I consider to be authentic.

So what do we do?

How do we use fear as an indicator. How can we make fear an ally to enlist rather than enemy to defeat?

Next, monitor our self-talk. Note how we talk to and about ourselves. That voice in our head creates our emotions: fear, anxiety, even depression.

But, if we’re aware of our self-talk, we can change it.

Drop the demands — the “shoulds” — you impose on yourself, especially, “I should do well.” Telling your self, “I want to do well,” is fine. But insisting you must do well can tie you up in anxious knots.

Beware of the verb “to be,” especially the “I am” version. When, earlier, I said, “If I fail at this piece, I am a failure as a writer,” I made this error. “I am…” implies I always am, and “will be” forever. It’s absolute. It distorts reality and scares the hell out of me.

Finally, let go of other absolutes such as “always,” “never,” “everything,” “totally.” Saying, “I’ll never do this,” creates fear. Instead, say, “I can’t do this, yet,” and try again. There’s still fear but it’s realistic and tempered by optimism. “Maybe another draft, a bit more practice…?”

When we make our self-talk realistic yet optimistic, we feel clear, focused and energized. Then, it’s easier to get started and write our way past fear. Use fear as an indicator of what you need to do — then do it, in spite of what you feel.

About the author.  Bruce Elkin is an Emotional Mastery and Resilience-Building Coach. He works with aspiring and professional creators of all stripes, helping them develop the emotional flexibility and resilience to do the best they can — with whatever happens in their lives and work. Read more about self-talk, embracing fear and doing what matters in his free (no sign-up) ebook The ABCs of Emotional Mastery. Contact Bruce via email or   visit his website at http://www.bruceelkin.com/