I’m delighted to welcome Lisa Rowe to the blog. She’s a lawyer turned playwright who began crafting her first play in high school…but I’ll let her tell you that story. Read Rowe’s story, learn about the books that inspired her and then enter to win either a signed copy of the Psych script or a show t-shirt! —Rochelle, the Write Now! Coach 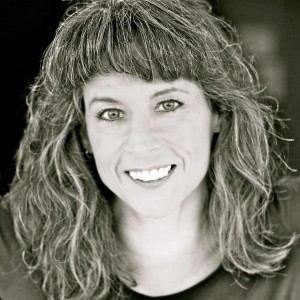 Writers Read: The Books that Influenced Me by Lisa Rowe

My journey to becoming a writer spans several decades.  I was always good at writing, which I allow myself to say because I got an “A” on every paper I turned in beginning in grade school and ending in post-grad. Except one. No, two. Anyway, it never occurred to me to become a professional writer, because writing was fun and easy; it wasn’t work, and people had to work for a living, and I was afraid that if I had to write, then writing might become a chore instead of a love affair.

My first attempt at serious writing came after I saw the play Deathtrap by Ira Levine.  I was seventeen, and the show was included as part of the senior class trip to NYC and DC.  Deathtrap is the longest running comedy-thriller on Broadway, and the writing is absolute genius. It was the first time I remember my brain being not just fully engaged, but on overdrive, for every second over the course of two hours.

I knew that level of writing was way up there in the stratosphere, far beyond my own abilities. I wondered how a writer could come up with a work so perfectly crafted. I began to research Mr. Levine himself, and particularly his writing methods. Eventually I wondered if I could adapt and use some of his literary devices in a work of my own. Psych was my attempt to do so.

I started writing Psych in my head at the age of eighteen. I would visit it there and toy with it every so often through the years. It wasn’t until twenty-five years later that I finally decided to put it down on paper. At that point it was almost fully written, and it came rushing out of my cranium in fits and starts, flowing onto the paper as fast as I could type. The first draft, including formatting and edits, was finished in about twenty hours over the course of a few days.

Fortunately Psych has seen a bit of success, and after five productions one of the bigger theatrical publishers offered me a contract. We are still in negotiations, but I expect we will reach an agreement in the near future.

Five Books That Influenced Me, In Chronological Order, More Or Less

Paper Lion by George Plimpton. In grade school I had to read Paper Lion by George Plimpton. George Plimpton was an American journalist, author and talented athlete. He trained for and then competed against professional athletes in areas including baseball, football, hockey, boxing, golf and tennis, and then wrote about his experiences in notable literary outlets. He later went on to compete as a professional bridge player, circus performer and comedian, and had roles in several well-known movies and television shows. Other positions he held included U.S. deputy ambassador to the United Nations, Fireworks Commissioner of New York City, and he is rumored to have been a secret CIA operative.

Reading about George Plimpton’s real life adventures made me realize that with discipline, a measure of sacrifice and a whole lot of attitude, I could become not only anything I wanted, but everything I wanted.  And I wanted to be a lot of things back then: artist, police officer and veterinarian were at the top of the list, with nun and marine biologist on the back burners. I went on to get a Bachelors Degree in Fine Art, a Masters degree in International Relations and a Law degree. So far I’ve worked as an artist, an undercover investigator, and a trial lawyer, though right now I’m a university professor and a writer. I still want to be a carpenter, a forest ranger, an astrophysicist and a dialect coach.  I’m pleased with the colorful tapestry of my life so far, and I wouldn’t have pursued my dreams as boldly without the inspiration provided by George Plimpton.

Notebooks by Leonardo Da Vinci. I was writing a research paper on Leonardo Da Vinci for my high school senior art class, and became immersed in his notebooks. I came to my project knowing da Vinci only as an artist, but discovered that he was also a brilliant inventor, engineer, architect, musician and botanist, among other things, and widely regarded as the most diversely accomplished person who ever lived.  Like my earlier hero George Plimpton, Leonardo maintained a healthy disdain for the status quo, and forged his own way in life.  I will never reach the heights that George and Leonardo did, but their legacy gave me the courage to make bold life choices, too.

The Prophet by Kahlil Gibran, and Letters to a Young Poet by Ranier Marie Rilke. Yes, I know, two books.  But they are short books, and I read them at the same time in college, so in my memory they are almost as one. Both are incredibly beautiful works, deeply inspirational, and spoke to me about the whole “meaning of life” issue in a way that no other writing has ever been able to achieve.  These are the books that I turn to again and again, whether to find peace and clarity or to pull me through difficulties and darkness.

Ed was untrained in writing, and did not have a formal higher education. He was concerned that his occasionally improper grammar somehow detracted from his work, but in truth the rawness of his words makes them all the more beautiful. Ed had a way of finding the magic in everyday matters, of pulling out the salient details and combining them into a story so powerful that images remain with a reader long after the book has been set aside.  He does more with fewer words than anyone I’ve ever read.

Ed’s work reminds me of the importance of writing; of releasing the stories your heart needs to tell, even if the execution feels imperfect.

[Tweet “What books and stories inspired you to #write? “]

If you want to see Psych: The Village Playhouse of Wauwatosa opens its new season on Friday, September 20, with the comedy/farce, Psych by Wisconsin playwright Lisa Rowe. The play will be staged at Christ King’s North Hall, 91st and Center Streets,  for five productions, through Sunday, September 29th. A Talkback with the author, director and cast is scheduled for Saturday, Sept. 21st.

Suspense and comedy abound in this fast-moving play, set in the office of psychiatrist Dr. Robert Smith where, one by one, the cast of bizarre characters assemble. There’s an escaped convict/psychiatrist Edward Baxter, who comes to his colleague’s office for help; there’s the Russian psychic Lydia, Smith’s neurotic patient;  a trench-coated detective, a janitor, a pregnant wife, and a pizza deliveryman.

To order tickets or for more information, call: 414-206-4879. More information about VPW, “Psych,” (including an interview with playwright Lisa Rowe), and other forthcoming productions can be found at www.villageplayhouse.org

About the author: Several years ago Lisa gave up a highly successful but soul-crushing career as a trial lawyer to pursue her passion in theatre, writing and the visual arts.  Since then she has published and directed several incarnations of her first play, the comedy/farce Psych, and her monologue Sixty Pounds debuted in November 2012 at the University of Wisconsin’s Theatre on the Hill.  Her play Los Muertos, a light drama exploring aspects of immigration, death and war, will debut in spring of 2014.  When she isn’t writing scripts, Lisa teaches Interpersonal Communications at the University of Wisconsin, cooks badly,  occasionally acts in community theatre, and indulges her cats.  Finally, she would like to note for the record that writers, artists, and actors are substantially cooler than lawyers in nearly every quantifiable respect.