Do you want to write but constantly put it off—waiting until you have more time and energy and feel less scared? In October, I’m co-teaching a two-session workshop on Overcoming Procrastination and Fear to Write. My colleague Liesel Teversham will be joining me to teach you how EFT Emotional Freedom Techniques or tapping) can help you move through fear, stop procrastinating and write! Take a look at the class page, and sign up soon. This will be amazing!

Today I am delighted to welcome Jeannee Sacken to the blog to talk about how she wrote Double Exposure, the sequel to her debut novel, Behind the Lens. If you’re a Milwaukee-area resident, be sure to check out Jeannee’s talk at the Shorewood Public Library on Monday, October 3, 2022.

An Interview with Jeannee Sacken

Congrats on your new book, Double Exposure. Can you tell us about it?

Thanks so much for having me on your blog again! Suspenseful women’s fiction with a twist of romance, Double Exposure picks up a few months after Behind the Lens ends. Seasoned war photojournalist Annie Hawkins returns home after an assignment to find her life falling apart. She’s under investigation for an incident that happened six months earlier in Afghanistan. Her best friend’s daughter, Seema, is still missing, apparently with her Taliban boyfriend. Her daughter Mel and friends are busy fundraising to rebuild the Wad Qol Secondary School for Girls and expect Annie to deliver the money. To make matter worse, she has a major argument with the love of her life, Finn Cerelli, and they’re no longer speaking.

When Annie returns to Afghanistan to cover peace talks between the government and the Taliban, she takes a side trip to Wad Qol, where she discovers that not everyone wants the new school. Sabotage delays construction, and when a worker ends up dead, it’s clear the militants are to blame. It’s also obvious that they know exactly where Annie is.

What are the challenges in writing a sequel to a book and how did you deal with them?

When I first envisioned this series, I wanted overarching throughlines that would carry from Behind the Lens to the final book in the series. Some of my favorite authors of suspense and thrillers (Ann Cleeves, Anna Lee Huber, Linda Castillo, and Deanna Raybourn) have throughlines for the romantic relationship of the main character, but create separate narrative arcs for the actual mystery that begins and ends in each novel. My novels can be read on their own, meaning there are narrative arcs for that book alone. But the story in each novel as well as the relationship between Annie and Cerelli also fit into the larger narrative arc of the series. The huge white board in my writing studio helps keep this organized.

Another major challenge has been finding the balance between continuity and change. The story and characters have to follow from one book to the next, but the characters especially need to grow and develop. Again, the white board, but yellow stickies also help.

Other challenges: providing enough backstory from the previous novel so that readers can follow what’s going on, but not overwhelming with an information dump. And continuity of details. I need to make sure character names and descriptions, their likes and dislikes don’t suddenly do a 180 or get lost in a deep hole from book to book.

How to accomplish this? I blocked out and wrote Double Exposure as I was finishing Behind the Lens. So, everything was fresh for me. But I had to check and recheck nearly every detail of the story and characters between the two books to make sure that any changes were natural and organic and moved the overall series story forward.

I’m currently writing the third book in the series, and this has been a much different writing experience. I originally had a completely different storyline and had written the first 200 pages. But when the Taliban retook Afghanistan on August 15, 2021, I realized I had to scrap that plan write an entirely different story.

When you wrote your second book, you were also marketing your first book. How did you carve out the time and thinking space to write? Any tips for those of us who are distracted by every little thing?

That was quite a juggling act because I was also learning how to market! A very steep learning curve. In the beginning, I already had a complete draft of Double Exposure written, so I was able to focus almost exclusively on marketing. Except then I discovered the need for a fairly major revision of the last quarter of the book. At that point, I divided my days. My best writing time is in the afternoon and evening, and that’s when I need to be creative. So, I reserved mornings for marketing tasks.

All this changed when I hired a publicist (Ann-Marie Nieves of Get Red PR) to take care of marketing Double Exposure. There are still things I have to do, but Ann-Marie and her associates are doing the lion’s share of the work. Their philosophy is that their job is to market my books, mine is to write the third in the series.

Tips: Divide up your day or the days of the week; break down your tasks into small, manageable chunks that you can complete in the time you’ve allotted. Completing a marketing task gives a wonderful sense of accomplishment that can carry you through writing a scene. Don’t think you have to finish everything all at once. Writing takes time, and marketing is long-term.

You have done an amazing job marketing your books. What are the four most helpful marketing tools or techniques that you’ve used?

Thanks so much for this compliment! I tried many different tools. Here are a few that have worked well for me:

I have a to-be-read pile that is threatening to collapse my bookcase. The truth: when I’m in writing mode, I tend not to read because I’m so involved with my own characters and their story that I can’t concentrate on another book. 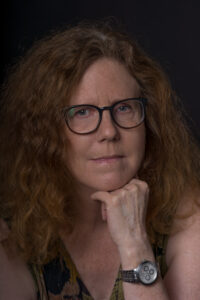 About the author. A former English professor at Rochester Institute of Technology, Jeannee Sacken is now a photojournalist who travels the world, documenting the lives of women and children. She also photographs wildlife and is deeply committed to the conservation of endangered species. When not traveling, she lives with her husband and three cats in Shorewood, Wisconsin, where she’s hard at work on the next novel in the award-winning Annie Hawkins series. Follow Jeannee at jeanneesacken.com.