Today, I’m delighted to welcome Erica Ruth Neubauer to the blog to celebrate the publication of her second mystery, Murder at Wedgefield Manner. Her debut novel, Murder at the Mena House, came out a year ago and she stopped by the blog to talk about it. You can read about her first novel here.

If you’d like to hear more about Erica, sign up for her virtual book launch at Boswell Book Company tonight. She’ll be in conversation with Tim Hennessy. 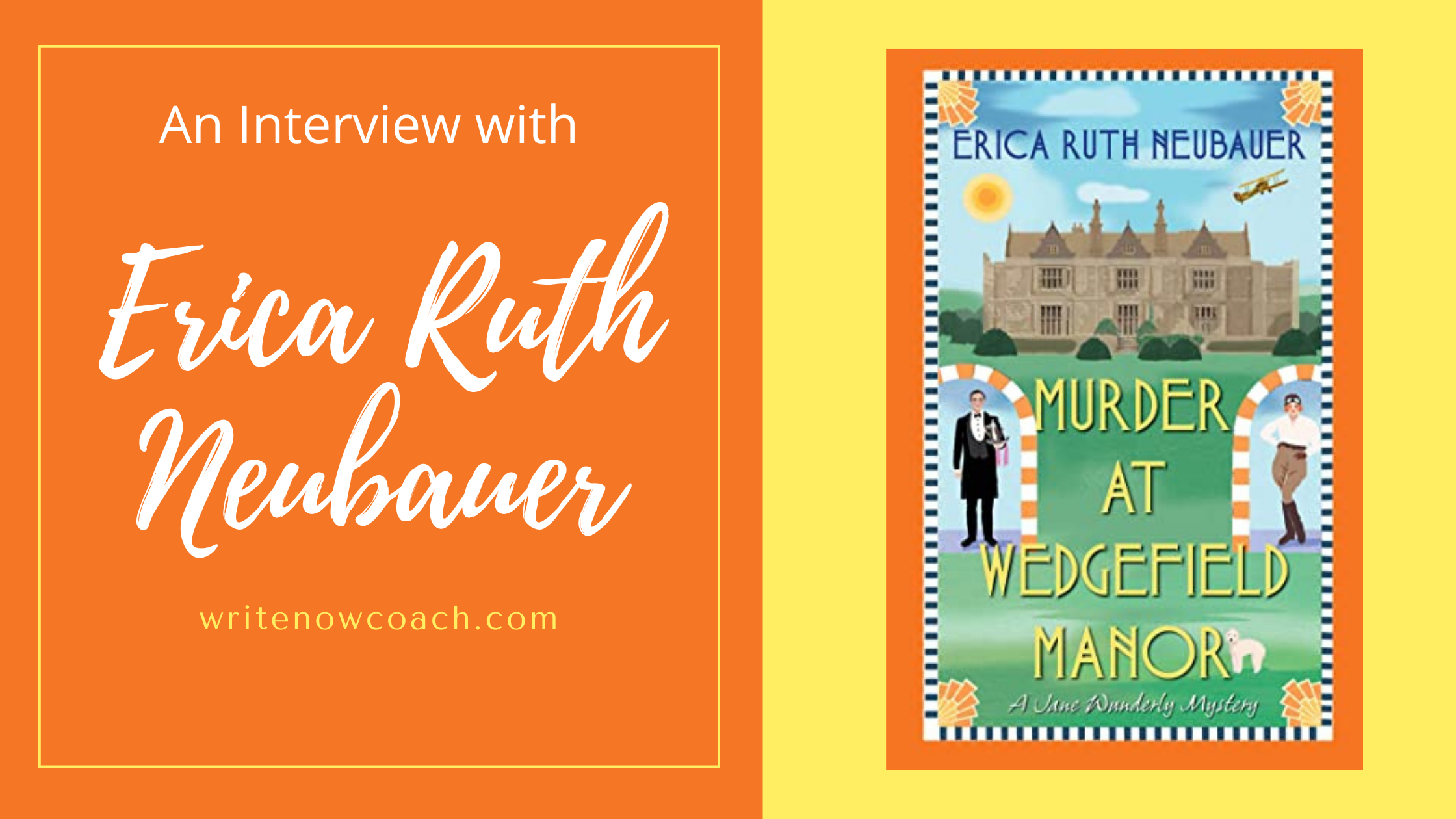 An Interview with Mystery Novelist

Welcome to the blog! Can you tell us about your new book, Murder at Wedgefield Manor?

Thanks so much for having me Rochelle! 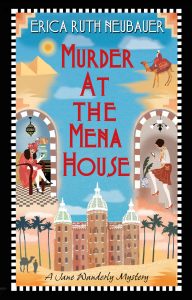 If you don’t know me, I’m the author of the Jane Wunderly mystery series. My first book MURDER AT THE MENA HOUSE was set in Egypt in the 1920’s. Jane and her aunt travelled there for vacation—and to escape prohibition—and Jane became embroiled in a murder investigation.

The second book, MURDER AT WEDGEFIELD MANOR, is set at a manor house in England. Due to some of the events of book one, it made sense for Jane and her aunt Millie to come to England instead of going home to America. And—you guessed it—there’s another murder that Jane becomes involved in. This one is a member of the staff at Wedgefield Manor, a veteran of the first World War, and there’s a cast of suspicious family members, sketchy butlers and unknown intruders on the grounds.

What do you do to keep each book in your series fresh and exciting—for you as a writer as well as for your readers?

Well, I hope that changing the location of the novels will help a bit in that regard. It’s certainly fun for me to have new locations to research and describe and I intend to keep the books moving from place to place. I also want my characters to keep developing as people, and the relationships between them to keep growing and changing—I think it’s important to keep in mind as a series progresses and something I certainly think about as I write.

Last time we talked, you were studying to be a PI. What’s the PI life like? How has it influenced your writing?

Sadly, I got licensed just as COVID was starting to get bad, so I haven’t had very many cases. It makes sense—people aren’t really going anywhere, so there’s not much to investigate right now. I will say that the few cases I’ve had I found very interesting—and I’ll admit I certainly feel like Nancy Drew when I’m out tailing someone. Although the other side of that coin is that doing surveillance for a long period of time is tough. Your limbs fall asleep and it’s weirdly tiring to sit and do nothing but watch a building or car for hours at a time.

Can you talk about approach for plotting your novel and embedding clues in your mystery—do you plot it all out, place clues as you go, go back and plop them in where needed, or all of the above?

I sometimes wish I was a plotter—it seems like it would be so great and make the process easier, but I am a pantser all the way. What that means is that I make it all up as I go along and sometimes the clues or what the characters do surprises even me. When I’m finished, I do many revisions, and that’s when I go back and try to make sure that all the clues are there for the reader and that the plot actually makes sense.

What are you working on now? How has writing helped you survive the pandemic?

For the last year I’ve been working on a project that isn’t under contract—pretty much since right before the pandemic started. I’m not sure writing has helped me survive the pandemic, but the pandemic has certainly changed how I write—I’ve found it has been much more difficult. Instead of being able to write a couple thousand words a day I’ve only able to muster a couple hundred. But I’ve spoken with other writers and from what I’ve heard, I’m not the only one who has been struggling creatively. I suspect it’s because so much of our brains has been taken up with pandemic-related stress and anxiety, that the background work our subconscious does to come up with story and plot has been temporarily suspended—or just clogged up a little bit.

What are you reading? 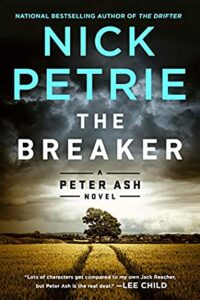 I just finished a couple of really good books. I loved FORTUNE FAVORS THE DEAD by Stephen Spotts wood, which is set in NYC in the 1940’s. It felt a lot like an updated Nero Wolfe but starring two badass women who are private detectives. Nick Petrie’s newest thriller THE BREAKER was also a great read, and is set back here in Milwaukee. I really love what he’s done with this series and with the characters, not to mention its breakneck pacing and sort of terrifying premise.

Another thriller I really loved was Jess Lourey’s BLOODLINE, which is set in a small town in Minnesota in the 1960’s. It’s deliciously creepy with tones of Rosemary’s Baby and the Stepford Wives. And on the lighter side, I’ve been loving Sara Rosett’s High Society Lady Detective series. The newest was MURDER ON A MIDNIGHT CLEAR, which was a perfect treat for winter. This series is set in the 1920’s and is just delightful.

For more on series fiction:

For tips on how to write series fiction, check out J. Mercer’s article, Writing Series Fiction. 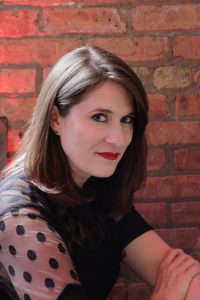 About the author: Erica Ruth Neubauer spent eleven years in the military, nearly two as a Maryland police officer, and one as a high school English teacher before finding her way as a writer. She has been a reviewer of mysteries and crime fiction for publications such as Publishers Weekly and Mystery Scene Magazine for several years, and she’s a member of Sisters in Crime and Mystery Writers of America. Erica Ruth lives in Milwaukee, WI.