The start of spring signifies new beginnings. If creating a blog or finishing a book is on your to-do list, I can help you achieve your goal. As a coach, I can give you tools to help you overcome procrastination and write. As an editor, I can work with you to shape your project into the best possible product. If you’re interested in learning more, book a complimentary consultation. 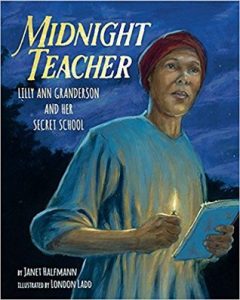 I was thrilled to interview Children’s Book Author Janet Halfmann, who is celebrating the publication of her new book, Midnight Teacher: Lilly Ann Granderson and Her Secret School. Read on to learn how she became a prolific children’s book author. 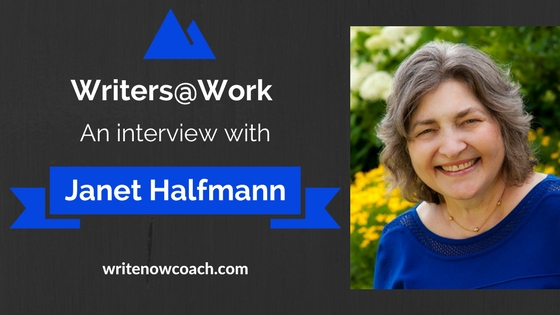 You have published so many amazing books for children. Can you tell us how you got started writing for kids and what led you to write mostly nonfiction?

It all started when I took a children’s writing course by mail soon after graduating from college when I was home with our first child—that’s about fifty years ago. I hadn’t ever realized that writing children’s books could be a career, and I was hooked. I got some magazine articles published in children’s magazines, but it took a long time before I fully realized my dream—mainly because I had to help make a living for our family, and so needed a steady income.

My winding journey included being a checker in a supermarket, a daily newspaper reporter, the managing editor of a national children’s magazine for farm and ranch kids, a creator of coloring and activity books for Golden Books, and being the mother of four and the grandmother of six. I finally took the leap into trying to make it as a children’s author when Golden Books moved all of its operations to New York City in 1997, and I lost my job.

My first break into children’s books was writing four nonfiction titles on insects as a work-for-hire project for an educational publisher. I did many more nonfiction work-for-hire projects, and then in 2007 got what I call my HUGE BREAK—selling Little Skink’s Tail to Arbordale Publishing. This book was the first one that was completely my own idea, and would earn a royalty. It is fiction, but includes a lot of science, and will always be very dear to my heart.

My love for nonfiction may stem from my years as a reporter and magazine writer. I love doing research and learning new things. Actually, about half of my recent books are fiction, but they all include a lot of nonfiction, mostly science.

Can you talk a bit about your new book, Midnight Teacher: how did you find the story and what inspired you to write it? 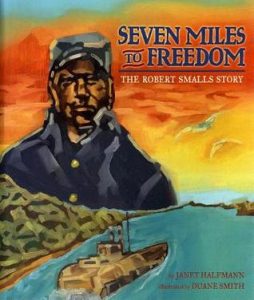 Midnight Teacher: Lilly Ann Granderson and Her Secret School grew out of my passion to tell the stories of amazing people, especially minorities, whose stories have been all but lost to history. My first book like this was Seven Miles to Freedom: The Robert Smalls Story, which tells how an enslaved wheelman in South Carolina stole a Confederate gunboat during the Civil War and escaped to freedom with the boat’s crew and their families. It was published by Lee & Low Books in 2008.

In researching black history, I was bothered a great deal by the laws preventing enslaved people from learning to read and write. Many learned just the same, despite the risks to their lives. I wanted to tell that story! That led me to Lilly Ann Granderson, whom I first found under the name Milla Granson, the name used by a northern abolitionist who met the teacher and wrote about it in her book.

In the mid 1800s, Lilly Ann held a secret school in a cabin off a back alley in Natchez, MS, from midnight until two in the morning at risk of thirty-nine lashes with a whip. She continued teaching throughout and after the Civil War until late in her life. Her heroic efforts created a legacy of learning both in her family and for her students that is still felt today.

I’m impressed by how prolific you are. How do you juggle research, writing, revising and submitting?

Actually, I don’t think of myself as prolific, but thanks for the compliment. A number of the books that I have had published in recent years actually trace their beginnings back many years. Many of my manuscripts have gone through many revisions before they hit just that right editor.

As far as some kind of a schedule, when I am working on a project, I pretty much focus on that one manuscript. I find that I need to let that one story take over my whole being. Also, on a daily basis, I keep up on e-mail, social media, and promotion of my and others’ work.

About every three or four months, I go through all my finished manuscripts to see if they need revising and to incorporate new things I have learned through SCBWI workshops, etc., and make sure everything that I feel worthy is out to publishers.

What keeps you inspired to write when you feel discouraged by the writing or publishing process?

Writing is one of the major things I do to give my life meaning and fulfillment. I can’t imagine myself not writing. There is always some story I want to tell or something I want to research, and I will continue doing it as long as absolutely possible.

I am reading Grant by Ron Chernow because I am very interested in Civil War times and Reconstruction. I heard the author interviewed on the PBS NewsHour, and his book promised to be a great story while being accurate and informative. 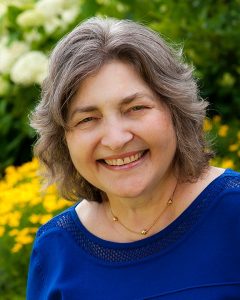 About the Author. Janet Halfmann is a multi-award-winning children’s author who strives to make her books come alive for young readers and listeners. Many of her picture books are about animals and nature. She also writes picture book biographies about little-known people of achievement. In addition to her new book Midnight Teacher, other recent titles include Grandma Is a Slowpoke; Animal Teachers; Eggs 1, 2, 3: Who Will the Babies Be?, Home in the Cave; Star of the Sea; Good Night, Little Sea Otter; Seven Miles to Freedom: The Robert Smalls Story; Fur and Feathers; and Little Skink’s Tail. Janet has written forty fiction and nonfiction books for children.

Before becoming a children’s author, Janet was a daily newspaper reporter, children’s magazine managing editor, and a creator of coloring and activity books for Golden Books. She is the mother of four and the grandmother of five. When Janet isn’t writing, she enjoys gardening, exploring nature, visiting living-history museums, and spending time with her family. She grew up on a farm in Michigan and now lives in South Milwaukee, WI. Find out more about Janet and her books at: