I’m always curious about what writers read—so I started a blog series! In #WritersRead, authors share five books that have inspired or educated or nurtured them in some way. Today I’m delighted to welcome fellow blogger Sarah Allen to talk about five books with soul. Enjoy! 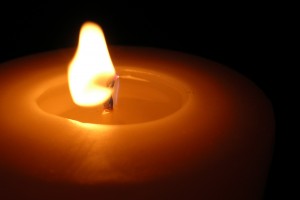 Writing this post was much more troublesome than I expected. I mean that in the best way. I’ve pondered for days about which books have meant the most to me and why, and how I could group them together for a cohesive post, if I could do it at all. As for all of us, so many books have influenced me in so many different ways. But when I really thought hard about which books have remained with me since I opened the first page—in fact, when I listed them—I realized they all have one thing in common. They all have soul.

Here’s what I mean by that. The publishing industry delineates between fiction meant for a religious market and fiction for a non-religious market. I think that is a false dichotomy. And before you get too squirmy, let me explain. The largest portion of humanity has some kind of spiritual belief. Not only that, but those beliefs form the core of who we are. I think most of us don’t really see that thick of a line between our “spiritual” lives and our “normal” lives. They’re one and the same—just, us.

Now, don’t get me wrong. There is definitely a place for explicitly religious fiction and a place for books with no religion. Obviously. But the books I want to talk about today are books that, while not specifically for any type of religious market, still have a spiritual soul at the heart of the story.

All the Little Live Things by Wallace Stegner. If you asked me which writer, out of any, I would choose to write like if I could, it would be Wallace Stegner. His words sing. This is a short, simple story about an old man who has learned to close himself off to feeling too much, until a young woman and her family move next door and rips off the protective layer from around his heart. This book is not explicitly religious, but the beautiful thoughts of this man as he becomes friends with this new family can only be described as transcendent. My description dims in comparison to how brilliant Stegner’s writing really is, so I’ll let him do the rest of the talking himself:

“One thing I have learned hard, if indeed I have learned it now: it is a reduction of our humanity to hide from pain, our own or others’. To hide from anything. That was Marian’s text. Be open, be available, be exposed, be skinless. Skinless? Dance around in your bones.”

Gilead by Marilynne Robinson. The next writer I would pick would be Marilynn Robinson. She also is the level of genius I can only ever aspire to. Gilead is the story of a pastor in his seventies writing a letter to his young son who will most likely grow up without knowing much of his father. As this pastor writes his thoughts and experiences and current struggles, you see all the heart-wrenching stories going on around him. Written from the perspective of a pastor, the story often deals with his spiritual questions and ponderings, but this book is the opposite of preachy or didactic. It is clear, open-minded, heart-stirring and thought-provoking.

“It has seemed to me sometimes as though the Lord breathes on this poor gray ember of Creation and it turns to radiance – for a moment or a year or the span of a life. And then it sinks back into itself again, and to look at it no one would know it had anything to do with fire, or light …. Wherever you turn your eyes the world can shine like transfiguration. You don’t have to bring a thing to it except a little willingness to see. Only, who could have the courage to see it?”

Lost Boys by Orson Scott Card. Though Orson Scott Card is definitely more known for the Ender’s Game series, this may be my favorite of his books. This story centers around a young man and his family. It talks about the relationship between the man and his wife and his children in an incredibly honest and poignant way. The family themselves are Christian, and that comes into play in so far as it develops plot and character, but as this is OSC, there is something much larger, and most likely sinister, going on under the surface. There is something going on with their oldest son and both allies and enemies are found at church, work, and the children’s school. I won’t give anymore away than that, but it is a beautiful story.

The Green Mile by Stephen King. If Lost Boys is probably my favorite OSC, The Green Mile is definitely my favorite Stephen King. I’m not a big horror reader, and when I recommend this book to people I often get wary looks, like “Really? Stephen King?” Yes. Really. King has his own brand of gritty genius that stays with you for a long time. The Green Mile was made into an Academy Award winning film several years ago, and I’m sure many of you know it. But this story is set on death row during the great depression. The main character is a guard on death row, what they call The Green Mile. Among other prisoners, an almost inhumanly large black man is sent to their block. Through various incidents involving a urinary infection and a squashed mouse, the guards realize that this man has an ability that really is beyond human. And more than that, he’s probably innocent.

So why do I add this to my list of books with soul? Because even though this isn’t directly religious, it’s a bit of what might happen if a thread of the supernatural got loose in our “normal” world, which isn’t quite that “normal” after all. Read the book. It will definitely keep you up past your bedtime.

The Wednesday Wars by Gary Schmidt. This book makes me smile just thinking about it. This is a middle grade novel about a young boy who is the only Presbyterian in his class, so on Wednesday afternoons, half his class goes to Hebrew school and the other half go to catechism at the Catholic church. This means he has to stay with his teacher, who he is sure hates him, and study Shakespeare. The story is set in the Vietnam war era, and maybe it’s weird to say that this story is a beautiful mix of Shakespeare and the complicated mentality of the Vietnam war, but it is. Apart from the mentioning of the other students leaving on Wednesday afternoons, there isn’t much direct mention of religion. However, the whole story is about this young boy’s journey of discovering what makes a person really good, and what good people can do when things are bad.

If you’re like me, these books will stay with you a long time after you read them. Not just that, but you’ll feel your soul expanding. 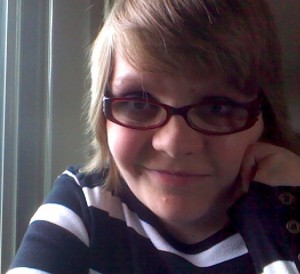 About the author. Novelist and freelancer living in Las Vegas and working on querying two novels. Blond, fanatical, not-as-naïve-as-you-think uber-dork. Either writing, reading, or obsessing over a movie or show with painfully stunning acting. Slyther-puff, cinephile, Jane Austen groupie. Secret lover of jazz and post-grunge rock, not so secret lover of Colin Firth, white chocolate, cavalier king charles spaniels and Frasier. Find her at her blog: http://fromsarahwithjoy.blogspot.com/ 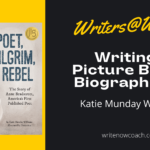 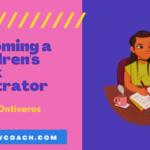 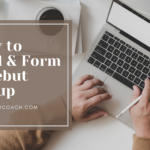 Writers@Work: How to Find and Form a Debut Group 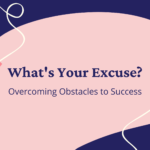 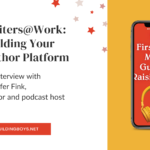 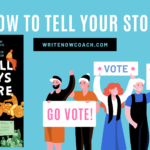 Writers@Work: Tips for Telling Your Story