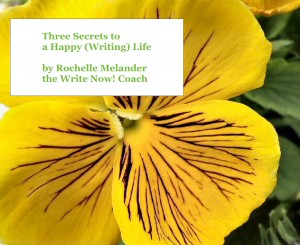 I never use that word, retire. —B.B. King

Last summer, we attended a B. B. King concert. As the night began, King shouted: “I’m B. B. King, and I’m 87 years old!” (He’s 88 now.) Then he launched into a song with his deep baritone voice. As I reflected on the concert later, I realized that King had some lessons to teach me about writing and life. Here are three of them: 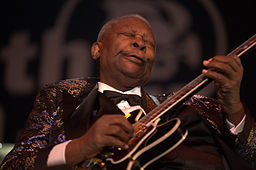 1. Do not let your age define you. In our age-obsessed culture, we need to learn this lesson repeatedly. No matter what your age, no doubt someone has told you it’s wrong for what you want to do. When I was in my 20s, many more experienced people from my profession told me I was too young to have important ideas or write books. Just a few years later, in my early 30s, some of my colleagues told me I was too old. Wow, from young and useless to old and washed up in just five years! I love what the Indigo Girls say about this in their song, Go:

Did they tell you, you would come undone

When you try to touch the sun

You’re too old to care

You’re too young to count

Take away: Stop using age as an excuse. If you really want to do something, do it.

2. Get a great team. When B. B. King came to sing, he brought a band that rocked. Literally. Every member of his band could (and did) play solo. Together, backing up B. B., the sound was magnificent. None of us can do it alone. Writers need colleagues, critique group partners, editors and more. When I look at my writing career past and present, I am constantly grateful for the people who have supported and comforted me along the way.

Take away: Look around. Do you have writing colleagues to support you? If so, say thank you! If not, join a critique group or writing circle.

3. Have fun. At the end of the night, B. B. King said, “I have a curfew and I’ve already gone past it, but I’m having so much fun.” And he was. His whole body radiated joy. I don’t always feel that way when I’m writing. Sometimes writing feels like slogging through knee-deep mud. But I also have moments when I’m so engaged in the writing, I don’t want to stop. I feel like a kid at the playground who can’t understand why it’s time to go home. In those moments, writing feels so absolutely right that I cannot image doing anything else.

Take away: Doing what you love won’t be fun every day, but it also won’t be a drag. If you’re not having fun, poke around at why. Maybe you need to be working on a different project? Maybe you need to lower your expectations or slow down? Once you figure out what’s not working, you can get to what is working again and enjoy it!