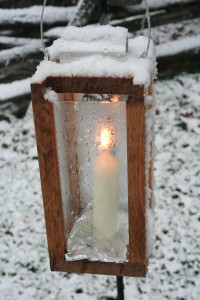 Save some time to dream

Save some time for yourself

Don’t let your time slip away

Or be stolen by somebody else

The Mayan calendar ends its cycle on Friday, December 21, and some believe the world will end that day. Others believe that Friday will usher in a new era. The one thing most scientists do agree on: Friday is the winter solstice, the shortest day of the year. Traditionally, the winter solstice was understood as a time of rebirth because from that day forward, the sun stays around a bit longer each day.

After last week’s tragic shootings in Connecticut, it feels a bit like the world is ending. I would welcome a new era, especially one filled with more peace and hope. Until then, I am encouraged by the Jewish idea of Tikkun Olam or “repair the world.”

This phrase, repair the world, comes from a 16th-century Midrash, a story based on a biblical text. In Rabbi Isaac Luria’s Midrash, God planned to put sparks of holy light into everything. But the vessel that stored the holy light shattered because of the light’s great strength, sending small shards throughout the earth. God created people to find the shards and restore the vessel, thereby repairing the world.

In difficult times, I often hear people saying, “What is the world coming to?” and “What can we do?” This Midrash provides one hopeful answer—we can do our part to repair the world. As you continue your year-end reflecting and dreaming, I offer you a few more questions to help you let go of the old, claim the new, and repair the world:

The end of the world:

*If the world really were ending on Friday, how would I spend my time this week?

*What would I say no to?

*What would I say yes to?

*In what ways would I repair the world?

The beginning of a new era:

*What practices, relationships, and projects would I like to leave behind in the old era?

*What do I want to take with me into the new era?

*How will I be a repairer of the world in this new era?

*If I were to give my new era a name, what would I call it?

*How will I celebrate it?

Your turn: How do you repair the world?

Blessings to you as you dream and write and work to repair the world!