Today I’m delighted to welcome journalist and author Bryan Gruley to the blog to talk about his books and writing process. Enjoy! 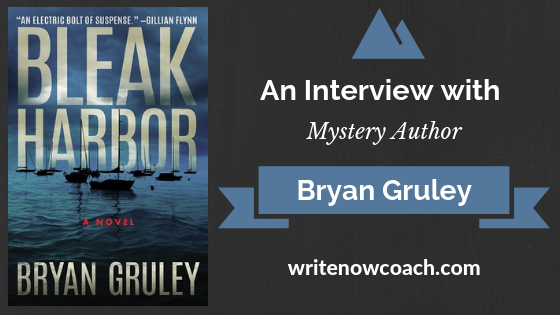 Bryan, welcome to the blog! Congratulations on your new book Bleak Harbor. Can you tell our readers a bit about it? 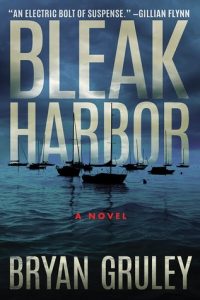 Bleak Harbor is about the kidnapping of Danny Peters, an autistic, 15-year-old boy whose parents have secrets that may have put him in danger. It’s set in the fictional town of Bleak Harbor along Lake Michigan in southwestern Michigan. Danny’s mother, Carey, wants out of Bleak Harbor and is blackmailing her wealthy Chicago boss to get the money to change her life. Danny’s stepfather, Pete, is a struggling medical marijuana entrepreneur who has fallen in with a dangerous supplier. That’s just the beginning.

In addition to this, you’ve written a trilogy set in Michigan called Starvation Lake. Can you talk a bit about what it takes to write a trilogy and how that’s different from writing a stand-alone novel?

Starvation Lake started out as a standalone novel. I never envisioned a “trilogy,” per se (that’s a big word, you know?). I actually wrote four Starvation Lake books, but had to throw out one because it was so bad. I realized I was finishing a three-story arc—a trilogy—when I was nearing the end of the third book, THE SKELETON BOX. Had I accepted the two-book extension my publisher offered me, I suspect nobody would think of the first three books as a trilogy. Writing the standalone Bleak Harbor was just like writing my first book—a high-wire act. Don’t look down.

You’ve worked your whole life as a journalist, including covering 9/11 for the Wall Street Journal, a team effort that won your paper a Pulitzer. What have you learned from working as a journalist that shows up in your fiction?

Be clear. Engage all the senses. Throw away everything that doesn’t keep the reader reading. Last year I got an email from the NYT bestselling novelist Anna Quindlen about how much she liked Starvation Lake. “Journalists make the best novelists,” she wrote. I love that.

When you write for your day job and write on the side—well, that’s a lot of writing! How do you stay energized and get stuff done?

I don’t do anything else very well (except, maybe, drink beer). I love to write. Which isn’t to say I love every minute I’m writing. But if I want to keep my job and keep writing novels, I have to do the work. So I do. Some days I have my fastball, some days I don’t, but I keep pitching. As my author pal Marcus Sakey says, “Plumbers can’t get blocked.”

At the moment I’m reading Michael Connelly’s Dark Sacred Night, partly because I love his work, partly because I’m doing an event with him in Phoenix on December 5. I like Mike’s stuff because—well, see above what I said about how journalism influences fiction writing. Two books that inspired me to write: Sophie’s Choice by William Styron, because the layers of untruths are slowly peeled away like the proverbial onion, and Mystic River, because I just frigging loved it and wanted to write something ten percent as good. Also, Salinger’s Nine Stories. Love that book, especially the story, “The Laughing Man.” 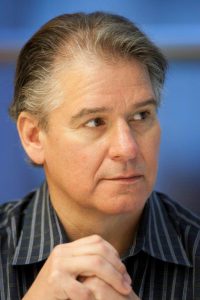 About the author. Bryan Gruley is the award-winning, critically acclaimed author of the forthcoming novel Bleak Harbor, which Gillian Flynn calls “an electric bolt of suspense.” Two-time Edgar Award winner Steve Hamilton says Bleak Harbor is “unlike any other crime book I’ve ever read.”

When he’s not making things up, Gruley writes long-form features on a wide variety of topics as a staff writer for Bloomberg Businessweek magazine. A lifelong journalist, Gruley shared in The Wall Street Journal’s Pulitzer Prize for coverage of the September 11 terrorist attacks and has won numerous other awards for his writing and reporting. He lives in Chicago with his wife, Pam, and enjoys playing ice hockey and guitar. 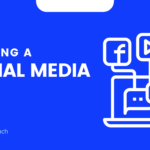 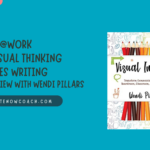 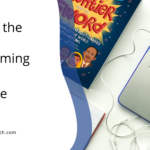 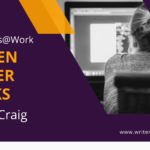