Are you ready to commit to your writing practice? Do you need to finish a book project?

An accountability group could give you the support you need to finally write that book or story. I’ve been a part of mastermind groups and partnerships for years, and it’s helped me to stay focused on my writing.

If you want to learn more, send me an email, and we’ll find a time to talk.

Today I am delighted to welcome Janet Halfmann to the blog. Janet is an accomplished children’s book author. Her new book, The Clothesline Code, just came out. In today’s interview, she talks about how she discovered the details of this true historical story. If you want to learn more about writing about history, check out last week’s interview with Lauren Fox. 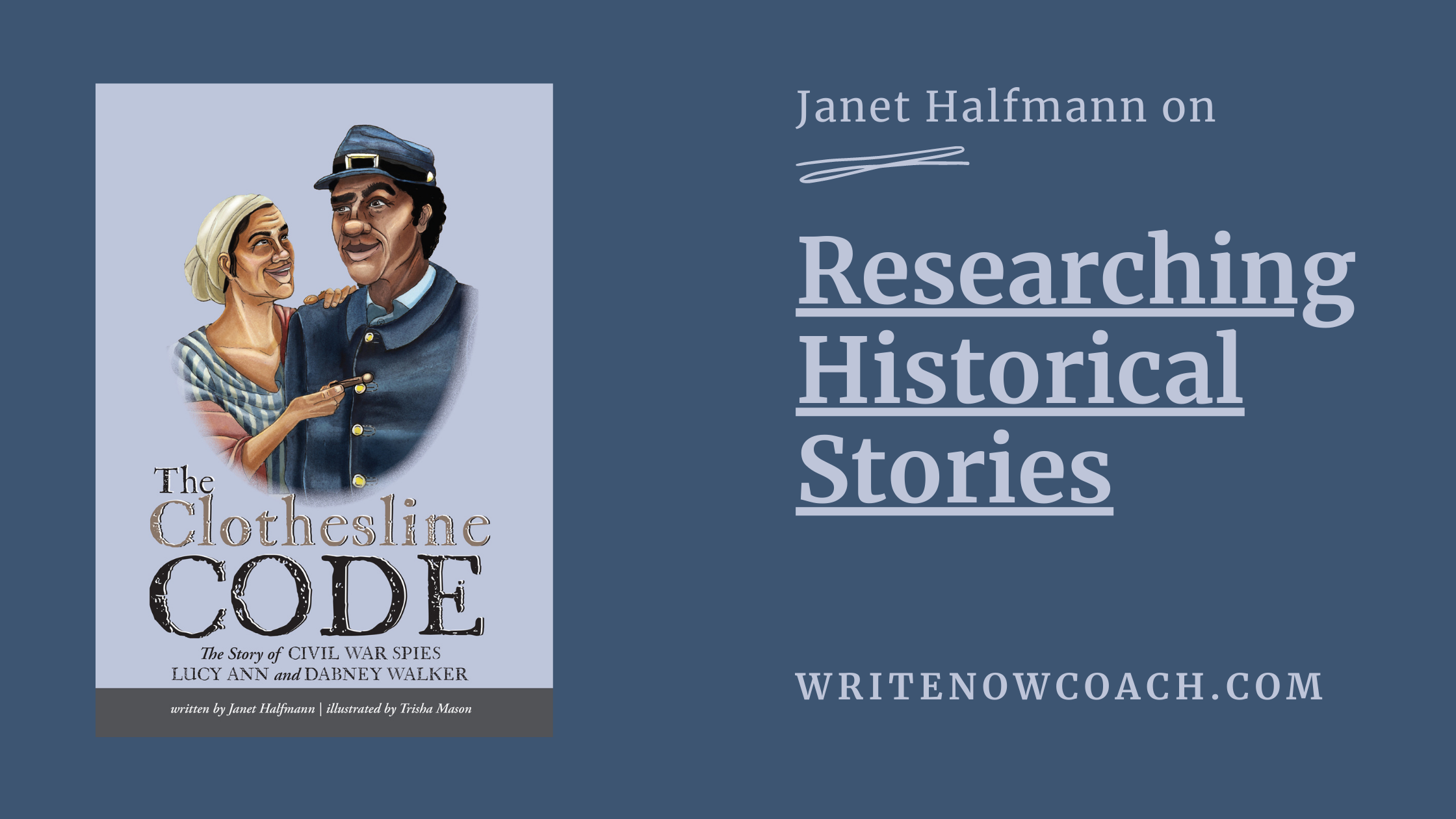 An Interview with Janet Halfmann

Tell us about your new book, The Clothesline Code.

is a lost-to-history story about a formerly enslaved couple, Lucy Ann and Dabney Walker, who spied for the Union in Virginia during the Civil War. They created a code using laundry on a clothesline for sending military secrets from General Lee’s Confederate headquarters to a Union army camp across the river, at great risk to themselves.

How did you discover this story?

I first learned about this story in about 2005 when I started researching little-known or forgotten minority heroes. There was a lot of conversation at the time about the lack of books for children featuring people of color. I thought I might be able to do a small part to change that by finding some of the minority people who had done great things, but their stories had been all but lost to history.

One story I found was about a husband and wife creating a clothesline telegraph in Virginia to spy during the Civil War. The original version of the story was thought to have been written by a Union officer, but no one seemed to have proof that the event was true, and many doubted that it was. I was determined to someday find out.

What kind of research did you do to bring this story to life?

Because of other writing projects, I didn’t get back to the clothesline telegraph story until 2012. A big problem with verifying the story was that no version included Lucy Ann’s name or Dabney’s last name. But luckily I found newspaper stories in which Civil War officers who served in Virginia told reporters about the clothesline signaling system, and also about an exceptional army scout they worked with named Dabney—and one of the officers mentioned Dabney’s last name—Walker.

Once I had a name, I searched ancestry records, newspapers, followed every google lead I could find, e-mailed history contacts I had in Virginia, etc. These sources led to a Virginia military historian who provided me with a very helpful article he had written about the Walkers. My research also led to a pension request that Dabney made to Congress in which he and others explained in great detail his time and achievements with the Union army.

I also learned that Union Captain William H. Paine, who Dabney helped with surveying and mapmaking, had kept Civil War diaries that were at the Washington DC Historical Society. I thought there was a very good chance that Paine would mention the Walkers in his diaries, and my son offered to pore through the diaries for me during a trip to Washington. My hunch was right. Paine did mention Dabney Walker and the clothesline code system, providing more proof that this amazing story was indeed true. My son and I were both ecstatic to say the least. All of these sources are listed in the book.

Can you talk about how you found a publisher for this story? 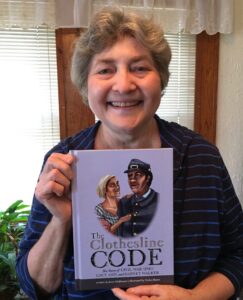 Since I don’t have an agent, I am always on the lookout for new publishers, and at some point I found Brandylane Publishing. Their guidelines said they were looking for this kind of story and they are located in Virginia, as were the Walkers, so I thought at some point they would be a good match.

After submitting to about 25 publishers beginning in 2014, and having the story critiqued at many writers conferences, with many revisions, I sent it to Brandylane in late 2019. They offered me a hybrid contract rather than a traditional one, which meant I would have to contribute a large part of the cost of publishing. I wouldn’t usually go that route, but decided to accept because I felt very strongly that I wanted this important story into which I had poured so much time and passion to get out into the world during my lifetime, which is racing by now that I am a senior.

Brandylane provided an outstanding editor who helped me improve the flow of the story and its pacing. She also found a great artist. I couldn’t be any more proud of the book. And now that we are in the marketing stage, I’m finding Brandylane very involved and helpful.

You’ve been able to find homes for your books without an agent. What is your secret?

I don’t really have a secret. It helps that I started my author career more than twenty years ago when more publishing houses were open to submissions without an agent—which gave me some forever contacts. I think it definitely involves some luck, but mostly perseverance. Every time I see the name of a publisher with which I am unfamiliar, I go to its website and check it out. For example, during SCBWI’s recent virtual conference there was a bookstore for the attendees’ books, and I checked out every unfamiliar publisher I saw. I basically leave no stone unturned in looking for new publishers.

I am reading The Hidden Life of Trees by Peter Wohlleben. I love taking walks and exploring nature, which constantly fills me with wonder—and often provides ideas for my picture books! 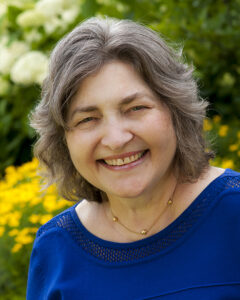 About the author. Janet Halfmann is a multi-award-winning children’s author who strives to make her books come alive for young readers and listeners. She writes picture book biographies about little-known people of achievement. She also writes picture books about animals and nature.

Recent titles by Janet include The Clothesline Code: The Story of Civil War Spies Lucy Ann and Dabney Walker; A Bobby-Dazzler of a Pouch!; The Story of Civil War Hero Robert Smalls (Chapter Book for Grades 3-7); Midnight Teacher: Lilly Ann Granderson and Her Secret School; Grandma Is a Slowpoke; Animal Teachers; Eggs 1, 2, 3: Who Will the Babies Be?; Home in the Cave; Star of the Sea; Good Night, Little Sea Otter; Fur and Feathers; Little Skink’s Tail; and Seven Miles to Freedom: The Robert Smalls Story. Janet has written more than forty fiction and nonfiction books for children.

Before becoming a children’s author, Janet was a daily newspaper reporter, children’s magazine editor, and a creator of coloring and activity books for Golden Books. She is the mother of four and the grandmother of six. When Janet isn’t writing, she enjoys gardening, exploring nature, visiting living history museums, and spending time with her family. She grew up on a farm in Michigan and now lives in South Milwaukee, WI. 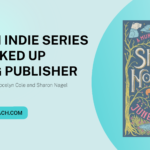 How an Indie Series Got Picked Up by a Big Publisher 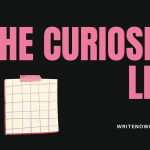 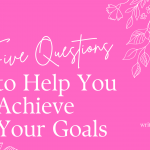 Five Questions to Help You Achieve Your Goals 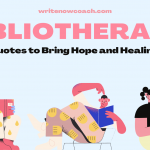 Bibliotherapy: Quotes to Heal and Give Hope 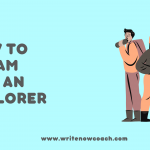 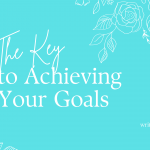 The Key to Achieving Your Goals